Laws of the Game

By DWC on October 17, 2016
Please see below USA Rugby’s guideline for a Ball Carrier Hurdling a Tackler. It was informally discussed with World Rugby. It should be addressed on a case by case basis.
Ball Carrier Hurdling Tackler Guideline
We have been asked many times if this is Dangerous Play.  This is not specified in Law 10.4, and the question cannot be answered with a simple yes or no because there are so many possible variations on the situation.
The short answer is that sometimes it is dangerous and other times it is not, depending on the circumstances.  Each play must be judged on its own merit by the referee.  Here are some factors to consider when viewing this sort of play:
1)    Dangerous Play is not restricted to the specific actions listed in 10.4.  That is a list of many of the most common occurrences of Dangerous Play, but the fact that an action isn’t listed does not mean the referee cannot penalize for something deemed dangerous when seen in a game.  Here are some actions that aren’t listed in 10.4, but which definitely could be called dangerous:
2)    There is general agreement that if the defender is directly in front of the ball carrier and standing in a normal tackling position, and the ball carrier goes over the defender like clearing the high hurdles, this is dangerous.  There are two reasons:
SEE VIDEO OF AN EXAMPLE OF DANGEROUS PLAY – PENALTY KICK – hurdle3
3)    Also remember that there are many examples that could be called “hurdling” that are just fine and we see them in almost every game:
In conclusion, if it is hurdling a standing (or crouched) defender directly in front of the ball carrier, it is dangerous.  If it is something from paragraph three it is most likely fine.  For the middle range, the referee needs to judge based on what is presented at the moment.
Regards
RICHARD EVERY  |  High Performance Referee Manager  |  USA Rugby
e: revery@usarugby.org t: 773 895 6013
2655 Crescent Dr, Suite A, Lafayette, CO 80026

Schedules are due on Aug 1 for the Fall Season and Feb 1 for the Spring Season. Go to "FOR CLUBS" & "REQUEST A REFEREE". 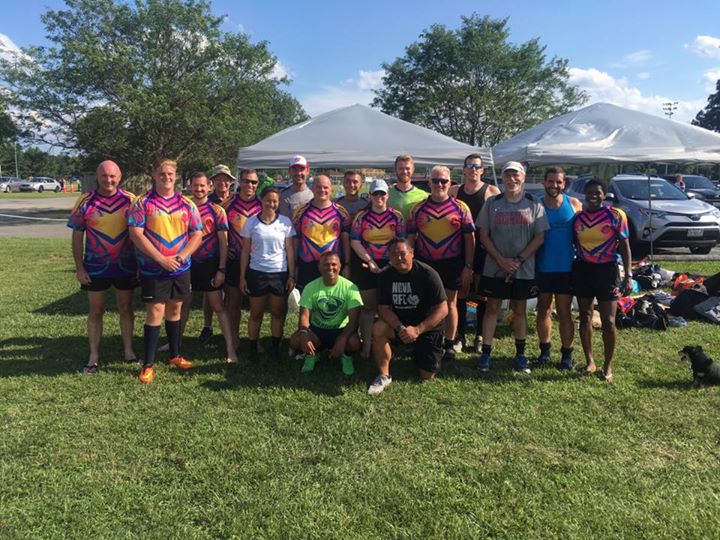